EV Grants in the US: Overview of Electric Car Grants

How Long Does Charging an Electric Car Take

Electric cars are becoming more popular as people become more environmentally conscious. Many people have questions about electric cars, one of which is how long […]

How To Charge Your EV at Home: Your Comprehensive Guide

Most vehicle owners are considering going the electric way. As a result, the uptake of electric vehicles has significantly increased in the last few years. […]

Tethered vs. Untethered EV Chargers: Which Is the Best Option?

It is no longer a secret; electric cars are here to stay. As such, there are many EV drivers who wish to buy EV chargers. […]

What is A CCS EV Charger?

The automotive industry is gradually being electrified. The vehicles of the future will have a much smaller gasoline engine and an electric motor. This changeover […]

If you’re an electric vehicle (EV) owner, then you know that charging your car is a bit different than fueling up a gas-powered vehicle. Instead […]

In the U.S., it is important to have a clean energy efficiency policy, not just from environmental aspects but also economic ones. With the American Recovery and Reinvestment Act of 2009 (ARRA) having been passed by former President Obama, a provision for a voucher incentive was created to assist in consumer purchases of these environmentally-friendly vehicles. The program is called the “EV Project.”

The voucher incentive was a creator of a market that many car producers had not taken into consideration as they produced their vehicles. In order to compete with these new vehicles, companies such as Chevrolet and Nissan began creating electric vehicles which were more efficient and affordable for consumers.

In 2011, the Department of Energy (DoE) released a statement with the intent to improve upon the EV Project. Since the beginning, there have been issues with automakers being able to meet the needed production numbers of electric vehicles for consumers that are interested in buying them. Another issue was that people were not considering these vehicles as their first choice when purchasing a vehicle.

These issues, along with the possibility of coming across problems on the consumer’s end (such as charging or battery replacements) create a market that is not easily supported.

With the updated program, which began in 2013 under the new administration, there are vouchers for more types of vehicles and use cases. A new type of electric vehicle is considered to be one that can seat at least 6 people, has 4 doors, and gets the equivalent of at least 100 mpg.

For use cases, there is also more flexibility present in what type of vehicle can receive this voucher incentive. It could be for a car or an SUV/truck which can get the same 100 mpg equivalency. The only condition is that they cannot be a “heavy-duty vehicle,” defined as one having more than 8,500 lbs. of gross vehicle weight rating (GVWR).

The United States Department of Energy (DOE) is the agency in charge of this initiative. The main purpose of ARRA was to reduce American dependence on foreign sources for renewable energy while creating job opportunities. There are 3 components of the EV Project: Demand Response, Grid Integration, and Public Awareness.

Demand response (DR) is very important because, without it, electric vehicle chargers cannot operate at full capacity. DR is the idea that when people are not at home or on the go, their vehicles can be put to use for charging other hybrid and electric vehicles while they are idle. If there are excess charges in these batteries, this electricity can then be sent back to the grid for a better balance.

Grid integration focuses on making the grid more efficient for these electric vehicles, like the chargers mentioned earlier.

Public Awareness is very important because it informs consumers of what they can do with their EVs and how they can make an impact on energy usage in general. All EV owners and drivers can take advantage of these benefits.

The federal government gives 5,000 vouchers per manufacturer in the form of tax incentives to assist in consumer purchases. The voucher is only usable when buying an EV with an all-electric range (AER) equal to or larger than 70 mi (110 km).

The federal government is currently working with the DOE to figure out how to make these charging stations more accessible. The infrastructure of electric vehicles in the United States is not very strong, but that does not stop many companies from providing their own chargers for EVs. Tesla has also created its own network of fast-charging stations along main thoroughfares in the US.

As of now, the majority of those who own EVs are required to have a garage or some other form of covered parking so they can charge their vehicles overnight. This is the average range for full-electric batteries these days – about 100 mi (160 km) – which would give most people enough time to charge their car and drive home from work.

In an ideal world, there would be a small-scale infrastructure throughout the country that could provide chargers for those who do not have a garage or covered parking near their home. This will also help many people who only need to charge their vehicles for a short period of time while they are out and about in the city.

The federal government has given out EV grants as part of its stimulus package. These vouchers come from the American Clean Energy and Security Act, signed on by Obama in 2009. The goal was to encourage manufacturers to produce more EVs without having too much trouble with sales.

This money was awarded to companies for the production of alternative fuel corridors for fuel cell vehicles, which used natural gas fueling infrastructure including, propane, ethanol, biodiesel, hydrogen cells, and electricity.

Roughly $10 billion went towards these vouchers, many of which were given out in 2012 after the first set of grants were issued in January 2010. Many automakers have exceeded the required number of EVs that they had to produce, making this money largely unnecessary.

However, it did help many companies to produce other kinds of alternative fuel vehicles because, without these federal grants, it would not be financially beneficial for manufacturers to invest time and money into cars that are unproven. 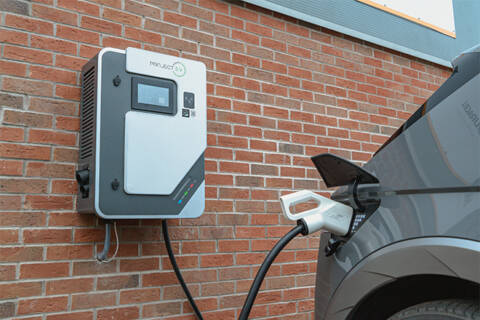 The DOE calls these vehicles “zero-emission” because they do not release greenhouse gases into the atmosphere during the combustion process. Vehicles that operate on fossil fuels, like gasoline and regular diesel, emit carbon dioxide which contributes to climate change if left unchecked.

Who Qualified for EV Grants?

In order to qualify for these federal grants, the companies had to produce a certain number of EVs as part of their fleet. In 2008, this quota was 25,000 models from each company. However, many manufacturers have exceeded this number, making it even more necessary for new car buyers to take advantage of the money left on these vouchers.

Ideally, the incentives need to be passed down to EV owners through lower taxes. These owners are helping to contribute to the national economy by using electricity instead of gasoline, which not only saves money but also reduces emissions.

The tax breaks could be used as encouragement for people to buy plug-in electric vehicles rather than gas-powered models; however, these incentives do little if the EV charging infrastructure is not strong enough to keep up with demand.

These vouchers have been a success so far, but the state and local governments will need to take more steps towards promoting EVs in order to help this alternative fuel become ubiquitous.

The US Department of Energy is currently working on better incentives that can be used by people who do not have access to covered parking near their homes. These alternative fuel vehicle grants are giving consumers a reason to purchase electric vehicles, even though they have not been widely adopted due to the lack of infrastructure.

The EV bill of 2009 and 2010 was responsible for increasing the access to charging stations in the US.

In 2013, almost 7,000 public chargers were added to American streets and highways. These numbers are rising slowly but surely as more infrastructure is put into place throughout the country. However, these numbers do not compare to the number of gas stations currently lining American streets.

Electric vehicles are the new sensation in the car market, but some areas of the country are not as welcoming to their presence.

The new push for electric cars, a seemingly new idea that is actually a decade old, came about due to a growing concern over global warming and greenhouse gases coupled with new technological advances in battery technology.

There are so many EV grants from the government today that a lot of people do not know what to do with them. The government is going to have to continue working on ways to make EVs more popular and accessible for people who want to use them as their new mode of transportation, even though the streets of America are still lined with traditional cars that run on gasoline. The future promises more electric cars, but it is also likely that these vehicles will not become the dominant type on the roads for another decade or so.